We got back to the hospital around 9:30 am where they made quick work of getting us into a room and sending the request for an MRI. It didn’t take long for a doctor to come into the room, and it was this moment that started my brain on a journey of thought I couldn’t get away from…

His name is Dr. Vivek Mehta, he is a neurosurgeon and is currently the Program Director of Neurosurgery. He’s a pretty big deal. That moment when he came in, seeing his tag say ‘neurosurgeon’ started the cogs… Why a neurosurgeon? Why not just a neurologist? I googled the difference between the two as my family encouraged me that it was just who was available, it didn’t mean anything.. But I knew better. Neurologists “specializes in the diagnosis and treatment of all categories of conditions involving the central and peripheral nervous systems” – Wikipedia. Neurosurgeons on the other hand “specialize in prevention, diagnosis, surgical treatment and rehabilitation of disorders which affect any portion of the brain, spinal cord, (etc)” – Wikipedia.

Dr.Mehta did his check on Janaya; motor function and vision, balance and skills… He kept saying ‘huh’, seemingly amazed by her and asking questions to look for symptoms of whatever he thought was wrong. A lot of the things they usually look for she always had; double vision (she only has one good eye), nystagmus (shaky, wandering eyes caused by her ONH), trouble with balance (she has poor depth perception and nystagmus making balance tricky already) and a head tilt to concentrate (Janaya’s good eye is lazy, therefore a head tilt has been documented since birth).

The Stollery was packed when we went, which meant we had to wait in the waiting room for a bit while we waited for the MRI so that other children could be seen. We didn’t mind this, and Janaya was already in a bright mood because her biological father was at the hospital as well. She colored and drew dragons while we waited patiently, talking with the doctors periodically in between.

Finally, it was time for the MRI. They called her name, got her on a bed and off we went. Once we got there, she changed into a gown and we walked in to the room, she got onto a bed and the anesthesiologist had her place a bubblegum scented mask on her face, whisking her off to sleep… I cried as her eyes closed suddenly and she was under the anesthesia, having a ‘mom’ moment before we were escorted from the room to wait. It was 12:20pm on February 1st, and it was going to take 30-45 minutes. They were also pulling blood work at the same time; Janaya does not like the needles. Her father and I waited.. and waited.. and waited.. 30 minutes passed.. Then 45.. One of my best friends showed up with her mom, so it was nice to have a little distraction from my spiking anxiety and pounding heart. A mother of another child receiving an MRI came out to an hour into the wait and told us Janaya was in recovery. Twenty minutes or so later, the nurse came out and said I could see her.

Seeing her, she was super groggy from the anesthesia and just wanted me to hold her.. So I climbed on the bed and held her for a period of time as the nurses watched her, making sure she was coming out of the induced sleep okay. Her father and I switched out for a bit, as there was only one person at a time allowed, and then I went back in and continued the healing powers of mommy cuddles… A few minutes later, the transfer team came to take us back downstairs to emergency.

We hadn’t been admitted to anywhere yet for 2 reason. One, the hospital was packed… Kids sleeping in playrooms kind of packed. Also, we didn’t know what was wrong yet.. So we needed to wait for the scans before making any plans. Back in the emergency, we waited and let me tell you… It was the longest wait of my life. We got back to the emergency ward at around 2pm and that is when the longest 2 hours of my life commenced… What came next changed everything…

Around 4pm on February 1st, 2018, a doctor came in and asked Janaya’s father and I to come with him.. The emergency doesn’t have a private room with a computer, so right there in the middle of the emergency room, he showed us her scans… Just at that moment, my mother and boyfriend walked in, and I told them to meet me in the room. They went to see Janaya while we spoke with the doctor. He asked me a number of questions as to the events of the night before (being sent home, the doctor saying the CT scan was normal, not being shown the scan, etc) and rather displeased, continued to show us the CT scan. He explained the different colors, what is bone, brain and liquid, where the brain stem was and finally… a discoloration surrounding her brain stem. Sean and I sat there staring, not saying a word, elbows on our knees hunched over and hands covering our mouths.. We watched quietly, anxiously… Next was the MRI. The difference between the 2 is that a CT scan is like an x-ray; a still image in black and white using x-ray technology. An MRI is a magnetic device that creates highly detailed, ‘live’ images of the fluids, tissue, muscles, etc. to confirm a potential diagnosis. 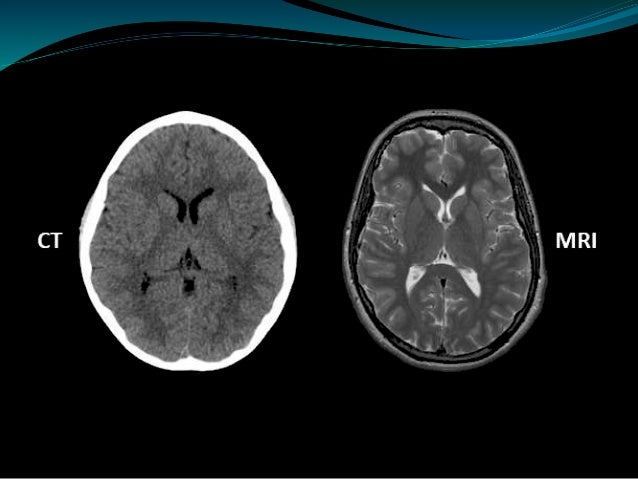 (just an example pulled from google to show the difference, not her actual scan)

And that is what we saw… Confirmation of any parents worst fear. A mass coming out of her brain stem. As he flipped through the images, he pointed things out about her brain until he landed on the mass… He showed us how big it was, where it was branching off to, how interconnected this mass was with her brain tissue… Shock hadn’t fully set in yet until Sean uttered the most heart breaking, earth shattering words…

With the the nod of a head and a simple ‘yes’ in response, I was done. Tears streamed from my eyes like a never-ending flow of grief, loud sobs of utter heartbreak escaping through shaking, breathless cries. Little did I know, this wasn’t even the beginning of my grief… The doctor pulled us into a private room and left us as my mom and boyfriend followed, and I collapsed into my mom only able to mutter ‘it’s a tumor’ in response to her worried look. My mother moved to console Janaya’s father as my boyfriend, Jayte, took her place with me… So many things were flashing through my head, my heart feeling like a lump trying to break free of my chest and run away… There was no words. Not for a while.

I knew there was a reason a neurosurgeon was involved…

Doctor Mehta came back a few moments later with a few other doctors and an Oncology professional to explain the severity of this tumor.. He started off by confirming that it is cancer, and explained that it is called Diffuse Intrinsic Pontine Glioma (DIPG) and that it wasn’t good. After his medical explanation of the tumor, Jayte asked what her odds were and after a short pause, with a look of pure regret and sadness, uttered ‘maybe 1.. 2 percent chance?’. I couldn’t hold back again as the tears continued to floor, my heart continued to ache and my uncontrollable muscle spasms consumed all the energy I had… I had never been so tired before in my life. I knew based off how Dr.Mehta said it that his answer was a response of an inability to sit there and tell a grieving mother there was none… Which we later discovered there wasn’t…

(also an example MRI, not hers, this one showcasing what a DIPG tumor looks like in the brain stem. Unfortunately, Janaya’s tumor is bigger than that…)

I will continue explaining DIPG, the events to follow and delve into history as well as future updates in other posts. I have been dreading typing this up and reliving that moment, but the only way to deal with something is to dive in head first so… For now I am going to let my emotions calm and my heart rate steady again.